From the times of Pharaohs, and perhaps hundreds of years before, humans have adorned themselves with (what Cash Money and Hip Hop Culture have galvanized as…) BLING.
The phrase itself is rather played out amongst “those that know”, but it still makes the average person, and the “yea I’m down” sector feel cool saying it…so let it ride. However, the acquisition, and “rocking” of BLING is a primordial passion that entices every race, gender, nationality, lifestyle etc. The jewelry you wear, or don’t wear, is usually a symbol of who you are….what you wish to reflect…and eventually leave in the material realm.

…So when it came time to create the “material presence” of our logo, the “SUNPALM” (*see LEGEND of the SUNPALM ), I felt it was important to find a true Craftsman for the task. I’m not throwing salt on the Canal St. or Fordham Road clans, but….yooouuu know what I’m sayin!!?? (i.e. Canal St. and Fordham Rd. Notorious for “sub par” Jewelry). While chillin‘ wit a good friend of mine, Shane aka “The Bike Jack” one day, I peeped a DOPE Heru (Son of Osiris & Isis) ring on his hand…and BAM! He hit me wit the connect and it was on…. 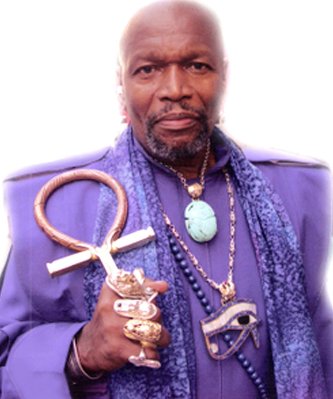 I was blessed to be pointed in the direction of Ba Ba Heru at Studio of Ptah. Not only is Ba Ba Heru a Master Craftsman, whose created jewelry for Erika Badu, Wesley Snipes, Ben Verine, KULTJAH and so many more…he’s also a Khamitik Spiritual Enlightener ….and all around cool black man. He not only created the original KULTJAH medallions, but we’ve also copped an extensive collection of rings, bracelets, chains, pendants and such from SoPtah…with each piece crafted to Khamitik perfection.

The second series of SUNPALM medallions was a lot less spiritual, and more spontaneous. I bumped in to Gabriel Urist at a trade show, when he was just gettin on with the mini “Dunk” pendants. We both thought it would be a good idea to do a collabo project…and the results speak for themselves.

We made a bunch of these for immediate fam and comrades…though a few have been traded for currency from dedicated KULTJAH collectors. So in all…you can’t take it with you when you go, but while you got it…rock it wit respect.

This entry was posted in Uncategorized. Bookmark the permalink.